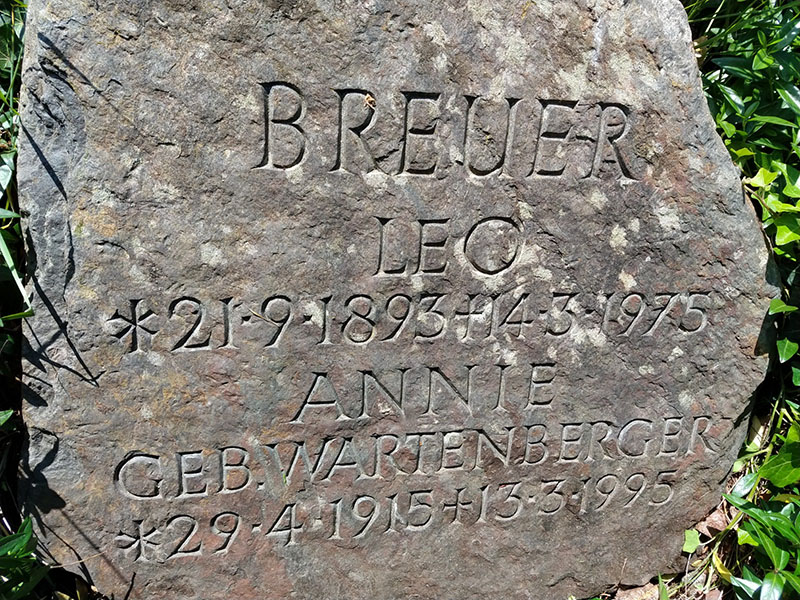 At the suggestion of the Monument Association (citizens' motion), the Beuel District Council has decided that the historic graves of the two early Vilich/Beuel mayors Gabriel von Pfingsten (+1855) and Ignaz Schnorrenberg (+1895) in the Vilich churchyard and the painter Leo Breuer (+1975) in the mountain cemetery in Küdinghoven be raised to the status of municipal honorary graves.

This was the first step to prevent the currently planned removal of the Breuer grave. The representative Schnorrenberg grave is in such a miserable condition that the monument association has already offered the city for three years to arrange its restoration in accordance with the preservation order - and also to finance this itself.

Gabriel von Pfingsten (1825-1855) and Ignaz Schnorenberg (1855-1891) were the mayors following Leonhard Stroof of the municipality of Vilich, established by Napoleon in 1808 (in succession to Vilich Abbey), the beginning of the city district of Beuel. The fourth mayor, Friedrich Breuer (1891-1921), moved the administration to Beuel in 1896 into the new town hall he had built there. In Vilich the mayoralty administration had been in the private houses.

With the elevation to honorary graves the monument association connects not least the hope that these gravesites a) are not cleared away and b) are maintained and so are preserved in the long run. However, the administration had recommended a negative resolution to the district council (what in view of the continuing disdain for the Beuel side by the administration).

This would have meant that while on the other side of the Rhine the city would have maintained about 90 honorary graves, in Beuel there would still be only two (Steger in Schwarzrheindorf and Rhein in Oberkassel). Leo Breuer was an internationally renowned painter who was born in Endenich in 1893 and died in Küdinghoven in 1975. Initially active in Bonn, he then spent many years in Paris, where from 1946 he enjoyed great success in the "Salon-des-Réalités-Nouvelles", which he chaired from 1953.

Breuer's love of his homeland was nevertheless so strong that he set up another studio in Bonn in 1951 and then spent decades commuting between Bonn and Paris. He had never forgotten his roots. At last, however, he had his studio in Küdinghoven (Erlenweg 15), where he also died. "Today he is counted among the most important representatives of the geometric-constructivist style of art after 1945" (J. Niesen).

Bearer of the Federal Cross of Merit 1st class, he was celebrated at German and Parisian exhibitions. In Bonn, his works include frescoes in the Gottfried-Kinkel-Realschule and a wall design in the university polyclinic. In 1973 the LVR-Landesmuseum dedicated a retrospective to him and the city an entry in the Golden Book; in Endenich a street is named after him. - With this effort for the gravesite, the Monument Society wants to spare the city another embarrassment in the effort for its important artists - namely, if the grave, whose term was now over, had been "cleared away overnight out of ignorance". (It lies on the path leading up to the right/south of the church, stairs on the right, then above on the left). The gravesite must now be maintained by the town. The memorial society wants to put up an information board at the living and death house. 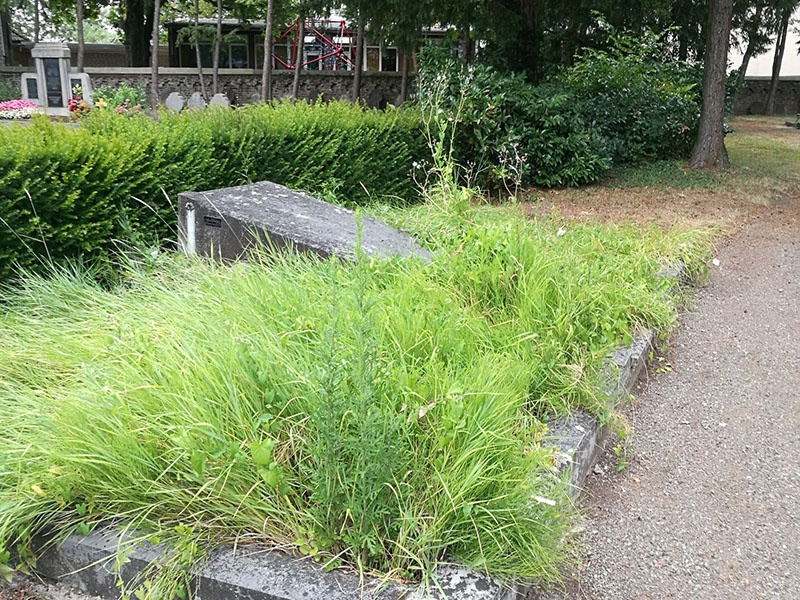 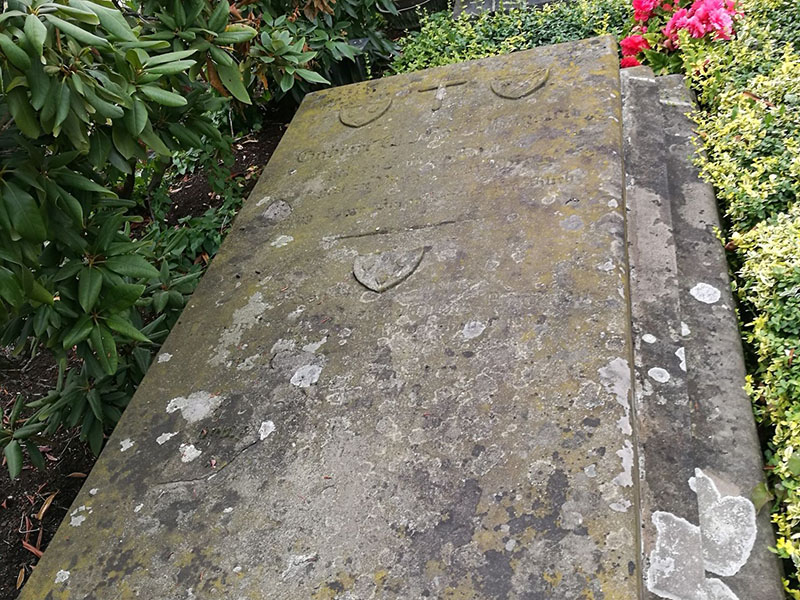