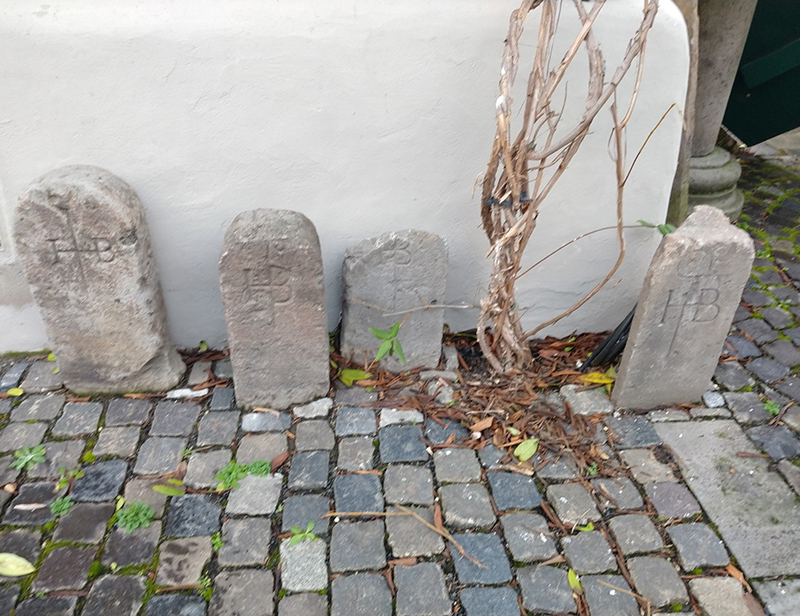 The Monument and History Society has received a large donation of historical markers, close to 20 pieces. This has made its widely known collection one of the largest in our region.

Such stones have been used since the Baroque period to mark out plots of land ("Flursteine" or "Gütersteine"), but also entire landscapes or even dominions ("Grenzsteine"). However, they have lost this function since the modern cadastral work of the 19th century and have since become increasingly sought-after collector's items. Today, there are a considerable number and variety of such pieces in the courtyard of the Mayor Stroof House in Vilich.

These include, for example, stones from the Electorate of Cologne and the Duchy of Berg, whose state border ran right through the present-day district of Beuel until Napoleon. They are accompanied by stones from the Vilich Abbey, the Ramersdorf Kommende and the Heisterbach Abbey and many other dominions in our region. They also include former marker stones that bear witness to fishing rights on the Rhine and the Sieg or to mining authorisations for alum production in the Ennert - and many more. They are complemented by "milestones" that used to stand along country roads. All together they form a collection of special cultural-historical value.

The latest donation comes from the estate of the late association member Wilhelm Schellhase in Küdinghoven. He had collected them over decades and displayed them in his garden. For the time being, they are only temporarily installed, as the courtyard has to be redesigned anyway. Nevertheless, they can be viewed there at present, as can all the previous collection items. This is possible during normal opening hours - Fridays and Sundays from 3 to 6 pm. An information leaflet is also available.

The pictures show a part of the previous exhibition and, as far as the stones are crowded, the current new acquisition. 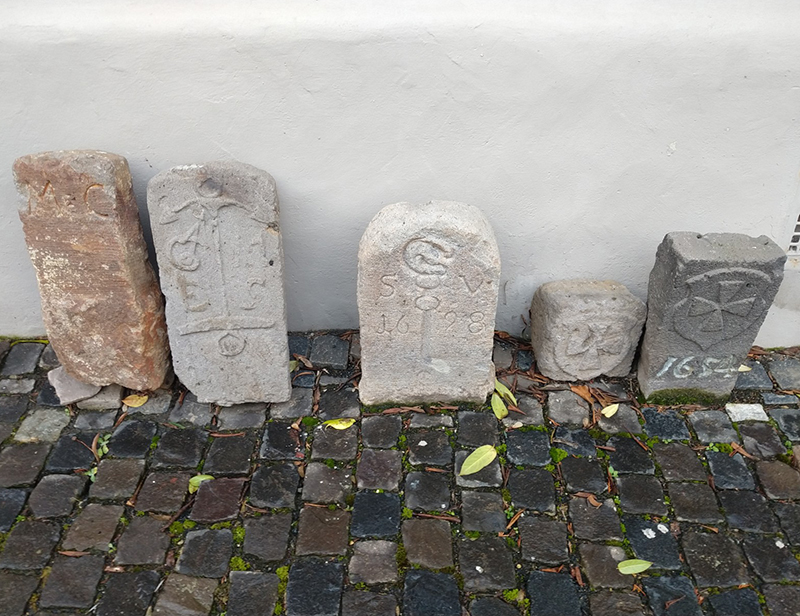 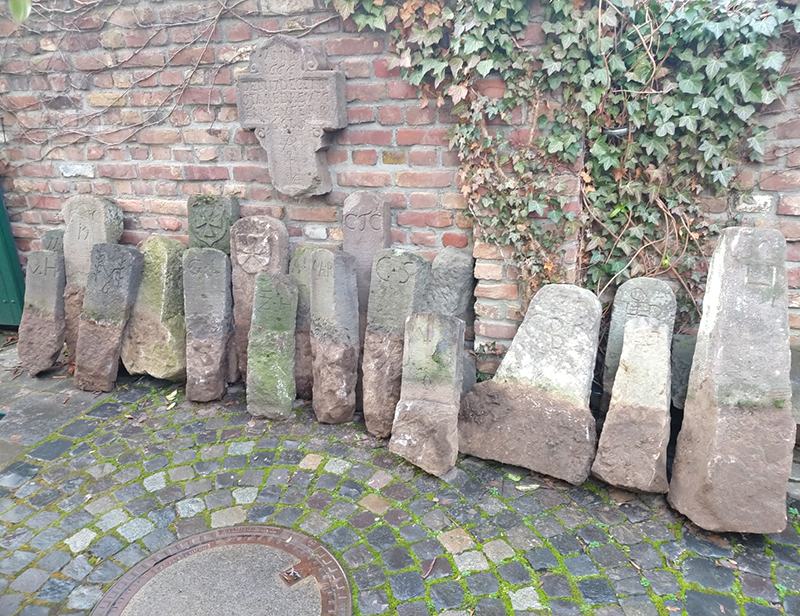 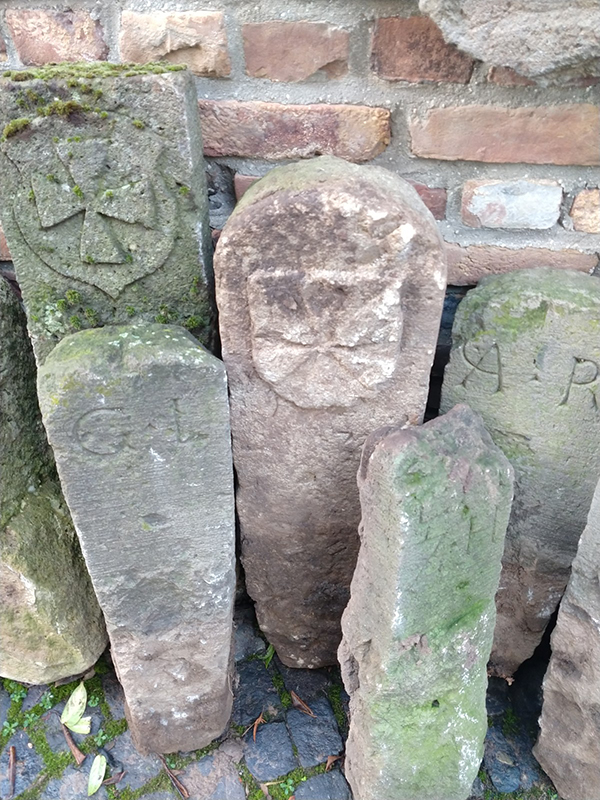