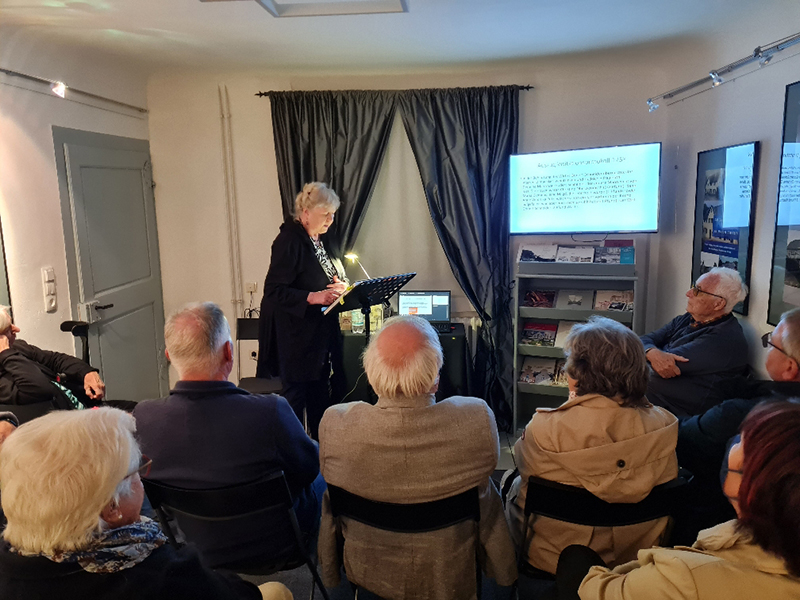 A complete success was the Stroof College "Curiosities from Genealogy". The St. Augustine speaker Waltraud Boß, a genealogist by vocation, reported from the wealth of experience she has gathered over the years.

And many a time the guests smiled when they heard, for example, that in former times there must have been "small car assistant brakeman" and "savings bank counter-bookkeeper", as these were registered as job titles in official documents.

And in general, a lot depended on what the registrar recorded in earlier times when he set out to draw up a baptism or death certificate, for example. A member of the Hinterkeuser family from Menden who moved to Lohmar was officially recorded as "Hennekeuser" because the registrar had understood it that way. If, on the other hand, another of the "Hinterkeusers" moved to Heumar and gave his name to the registrar there, he may have written "Hinterkausen".

The bottom line: So it doesn't matter whether someone in our region is called Hinterkeuser, Hennekeuser or Hinterkausen - he or she is likely to be a member of the same family.

According to Waltraud Boß, the early civil status registers in the Rhineland with their civil registrations were a great advantage. These had already existed in this country since 1810, whereas in other areas they were only introduced by the Prussians from 1875 onwards.

Waltraud Boß has taken over the >Beueler Zentralstelle für Familienforschung< of the Denkmal- und Geschichtsverein Bonn-Rrh.and will regularly offer a public consultation hour for everyone there every first Monday of the month at 5 pm. Registrations are welcome (waltraud.boss@koeln.de). Counselling is free of charge; donations for the upkeep of the Stroof House are welcomed.